The Beatles were indeed the most famous band in rock history, with many generations of fans having gone crazy for them. They broke up 46 years ago, unfortunately John and George died respectively 36 and 14 years ago, but yet millions of people are listening to their beautiful songs. Among the thousands of songs they produced during the Sixties, I chose the eight that inspire me most. Obviously, this is only my personal ranking. I know that musical tastes can vary widely among individuals and, besides that, there are surely lots of Beatles songs I still don’t know at present.

8. Norwegian wood (1965). This song tells about a guy that has been invited by a girl in a very uncomfortable house, without even a chair. They talk until late night, but then the girl doesn’t let him into her bed. Instead, she puts him to sleep in the bathroom. John Lennon admitted the song was inspired by an affair he had while married with Cynthia Powell. 7. Penny Lane (1967). Penny Lane is a Liverpool street which both John and George passed through very often during their childhood, also because there is an important bus terminus. In the song they describe the characters of a barber, a banker, a fireman, a nurse that animate the street, and sometimes behave in a strange way. A simple and effective portrait of street life.  6. Something (1969). This is a love song written by George, where he simply says that his woman attracts him like no other woman because of something in the way she moves, and woos him. What better way to show a woman you love her, than to say that she possesses something unique?  5. Hey Jude (1968). Paul said he wrote this song to comfort Julian Lennon, the son of John and of the already mentioned Cynthia Powell, right after their parent’s divorce. He encourages the 5-year-old child to “take this sad song and make it better“, maybe he was foreseeing that Julian would himself become a renowned musician, though not as famous as his father. 4. Girl (1965). This song seems to tell about a girl who betrays his man, makes him feel stupid, and expects him to work all the day. Yet, this girl is impossible to leave, because every time he tries to do that, she cries and weeps until he is moved with compassion. But some people believe that in this song the Beatles are actually talking about some drug that, exactly like an attractive but ruthless woman, is very difficult to move on from.  3. Michelle (1965). This is the only, and indeed very successful, song where the Beatles say some words in French: “sont des mots qui vont très bien ensemble”. The song, written mostly by Paul, is about a guy who’s in love with a girl named Michelle and firmly wants her to know it. In the video Paul, already quite old, sings this song at the White House in front of President Obama and his wife Michelle – and he jokes about it.  2. Eleanor Rigby (1966). This song tells of a lady, Eleanor Rigby, and a priest, Father Mc Kenzie, that are doing things that nobody cares about; no one comes even at the lady’s funeral. This song is explicitely dedicated to “all the lonely people” in the world, who are doing things without no one appreciating them, or even being aware of them.  1. Yesterday (1965). This very popular song was the first Beatles song that was registered by a solo singer, that is, Paul. This song has been so successful also because it expresses a desire that is very common, though impossible to fulfill: the desire to get back to yesterday, and to fix our past mistakes. Paul tells about a woman who’s gone away without he knowing why, and expresses his nostalgia for the time that’s gone, when “love was such an easy game to play“. 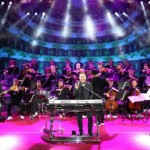 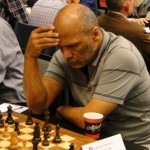